To celebrate International Women’s Day, Google has put together a Doodle slideshow.

The Google Doodle features 13 “female pioneers” – not all of whom are household names although each enjoyed great success in their chosen fields. It features a little girl whose grandmother tells her “the best bedtime story ever” before the child visits the 13 remarkable women in her imagination.

An African-American journalist and activist born in Mississippi in 1862, she wrote prolifically on the fight for women’s suffrage as well as the struggle for civil rights. She documented the practice of lynching black people in the southern states showing how it was often used as means of controlling or punishing black people who competed with whites rather than as a means of “justice” for crimes.

Egypt’s first female pilot born in 1907 in Cairo. Although her father saw no need for her to pursue secondary education, expecting her to marry and have a family, she rebelled and worked as a secretary and telephone operator at a flying school in exchange for lessons as she had no other means to pay for the training.  Her achievements made headlines around the world when she flew over the pyramids and competed in international flying races.

A Mexican painter and activist born in Mexico City in 1907, her work has been celebrated internationally as emblematic of Mexican national and indigenous traditions and by feminists for its honest depiction of female experience.

A Brazilian architect, born in Italy in 1914, she devoted her life to the promotion of the social and cultural potential of architecture and design. She is also celebrated for her furniture and jewellery designs.

A Soviet scientist born into a poor Ukranian peasant family in 1911, she lost her vision and hearing at the age of five. Overcoming these difficulties in a remarkable way, she became a researcher in the field of communication and created a number of scientific works concerning the development of education of deaf-blind children. She was also a teacher, therapist and writer.

A South African singer and civil rights activist born in Johannesburg in 1932, she was forced to work as a child following her father’s death. She became a teenaged mother after a bried and allegedly abusive marriage at 17, before she was discovered as a singer of jazz and African melodies. After becoming hugely successful in the US and winning a Grammy, she became involved in the civil rights struggle stateside as well as in the campaign against apartheid in her home country, writing political songs. Upon her death, South African President Nelson Mandela said that “her music inspired a powerful sense of hope in all of us.”

An American astronaut and physicist, she was born in Los Angeles in 1951 and joined NASA in 1978 after gaining her PhD. She became the first American woman and the third woman ever to go into space in 1983 at the age of 32. Prior to her first space flight, she attracted attention because of her gender and at press conferences, was asked questions such as, “Will the flight affect your reproductive organs?” She later worked as an academic at the University of California, San Diego.

A Turkish archaeologist born in 1916, she became the first Muslim women to compete in the Olympics in the 1936 Berlin games as a fencer. She declined an invitation to meet Adolf Hitler on political grounds, and after the conclusion of the Second World War, she trained as an architect and later worked as an academic in Turkey and Germany.

An English mathematician and writer born in 1815, she became the world’s first computer programmer.  The daughter of poet George Byron, she is chiefly known for her work on Charles Babbage’s proposed mechanical general-purpose computer, the Analytical Engine, and was the first to recognise the machine had applications beyond pure calculation, creating the first algorithm intended to be carried out by such a machine.

An Indian dancer and choreographer credited with reviving Indian classical dance, she was born in 1904 and presented her form of dance on stage even though it was considered “low” and “vulgar” in the 1920s. She features in India Today’s list of “100 people who shaped India” having also worked to re-establish traditional Indian arts and crafts and as an animal rights activist.

An Argentine physician, reformer born in Buenes Aires in 1859, she became the first woman in Argentina to receive a medical degree having previously worked as a teacher. Women were barred from entering medical school at the time, so she first volunteered as an unpaid lab assistant before she was allowed to train as a doctor. She was acclaimed for her work during a cholera epidemic before going on to found the first nursing school in Argentina. The harassment she experienced at mediacl school helped make her a militant advocate for women’s rights in Argentina.

Korea’s first female lawyer and judge born in 1914 in what is now North Korea, she was also an activist who founded the country’s first legal aid centre and fought for women’s rights throughout her career.  Her often mentioned refrain was, “No society can or will prosper without the cooperation of women.”  She worked as a teacher, married and had four children before she was able to begin her legal career after the Second World War, becoming the first woman to enter Seoul National University. She also fought for civil rights in the country and was arrested in 1977 for her beliefs, receiving a three-year suspended sentence and a ten year disbarment.

A French tennis champion born in 1899, she popularised the sport winning 31 championships and dominating the women’s sport for over a decade. She was the first female tennis celebrity and one of the first international women sports stars, overcoming a childhood plagued with ill health including chronic asthma – which continued to plague her in her adult life. At 15, she became the youngest ever winner of a major championship and lost only seven matches during her entire career.  She received widespread criticism for her decision to turn professional, but defended her right to make a decent living in the days when the grand slam tournaments paid a relative pittance to the winners.

4GGL thanks The Independent for this story! 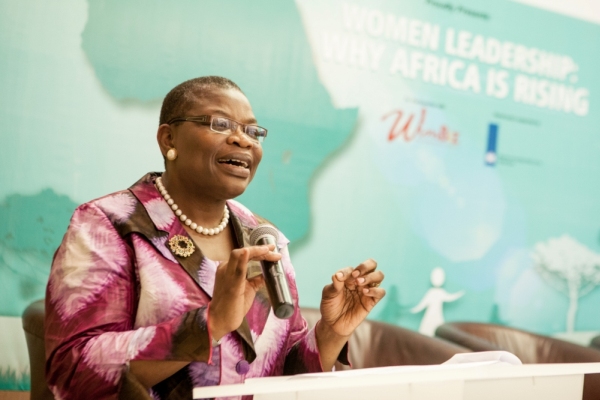