“I don’t regret what I have done. Why don’t women have freedom? Why don’t we have equal rights?”  – Malina Suliman 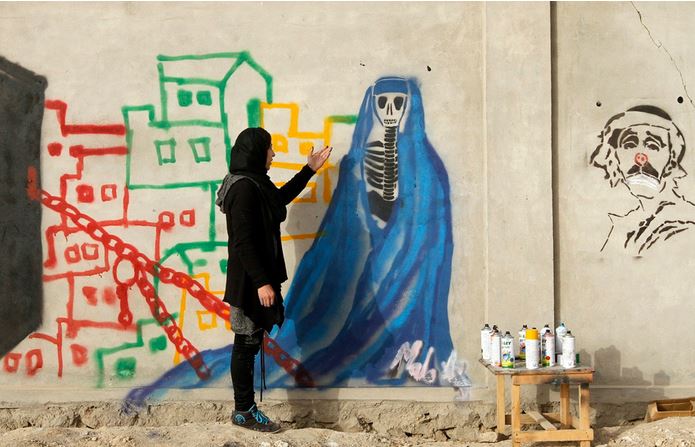 Meet Malina Suliman, an Afghan graffiti artist who risks her life to challenge the burqa under the Taliban. Raised under the oppressive rule of the Taliban, Malina’s contentious art about the burqa is a testament to her tenacity and courage.

Malina began her career as an artist on the streets of Kandahar, Afghanistan, armed with only a can of spray paint, and the fierce conviction that the burqa, and the oppressive rules imposed by the Taliban, were stifling and silencing Afghan women. When she first began to draw graffiti, crowds would gather and throw rocks at her. After she painted walls in her home city of Kandahar with images of a skeleton wearing a burqa, the Taliban issued threats; and her father’s leg was broken in an attack. Malina said she wanted “to send a message to the girls in my situation to have no fear and to express themselves in public.”

Facing threats to her life for her subversive street art, Malina relocated to the Netherlands in 2013. She continues to explore the burqa in her new exhibition, Beyond The Veil, which opened in London at Art Represent Gallery in Spring 2015.

The exhibition, which combines video with installation and audio, examines the burqa’s place in Afghan culture, and draws comparisons between East and West. 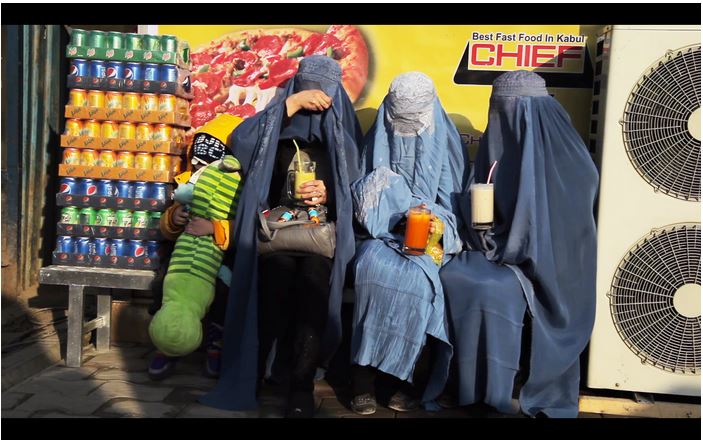 Women in the World spoke with the artist about growing up beneath the burqa, and how she harnessed the power of her art to change the course of her life:

What was it like growing up in Afghanistan?
Malina: I was born in Kabul. I had a very liberal mind, and I would ask myself, “Why is there this discrimination between men and women?” In our culture, the man should be outside and the woman should be at home. I wanted to study, or meet my friends, and I couldn’t. And I felt very different.  [symple_spacing size=”10″]
What role did the burqa have on your life?
Malina: When I was 12 my brother told me I had to wear the burqa, but I really wanted to play, I was a child. It’s an age you want to play outside and have a good time.  I felt it was controlling me, because when I wore it I felt I wasn’t a child anymore. The burqa is a way of controlling the woman, but in the name of respect. [symple_spacing size=”10″]
Did you express to your family that you felt something was wrong?
Malina: They told me, “We know you’re feeling different, but we cannot do anything about it.” I wanted to study architecture, so I moved to Pakistan and I started to study, but didn’t tell them I was going to college. When I came back from Pakistan, I wanted to take computer classes nearby. I asked my brother. I said, “I want to live my life as a woman, but I want to study.” He told me, “Just study at home, you don’t need to go out… What will our relatives say? They will lose respect for us.” [symple_spacing size=”10″]
At what point did you decide to start working as an artist?
Malina: For those 10 months back in Afghanistan after university, I felt I had no rights. It felt like I didn’t exist. It was like I was their doll, and I was lost, somehow. My sister’s husband brought me to an art gallery. It had a big effect on me. I started shouting and crying, and I felt like I was back, and I existed again. I knew there would be problems from my family, and also from my environment. But I thought that physical pain would be better than the mental pain. And I started working as an artist.  [symple_spacing size=”10″]
Has your art always been political?
Malina: It was after I came back [to Afghanistan]. I felt there was so much discrimination. [symple_spacing size=”10″]
“I felt like OK, if I don’t say something, who will?” [symple_spacing size=”10″]
So all the work I did was to challenge politics, culture, and women’s rights. I felt like I really wanted to break out. That’s why I wanted to use graffiti. It’s more open. I don’t need people to come to an exhibition. Graffiti gives a voice to the walls.
[symple_spacing size=”20″]
Read Malina’s entire interview here.
[symple_spacing size=”20″]
Bonus: Learn more about Malina’s life while she and her family lived in Mumbai >
[symple_spacing size=”10″]
Extra Bonus: An article and slideshow about other young women graffiti artists >

Thanks to Women in the World for this inspiring story.

Women in the World  got its start in 2009 as an offshoot of The Daily Beast, an IAC digital news site created by Tina Brown, award-winning journalist, editor, and author. Inspired by the heroic women leaders she met through the Vital Voices Global Partnership, Brown gave a platform to global women on the front lines—activists, artists, CEOs, peacemakers, entrepreneurs, and firebrand dissidents who have saved or enriched lives and shattered glass ceilings in every sector. 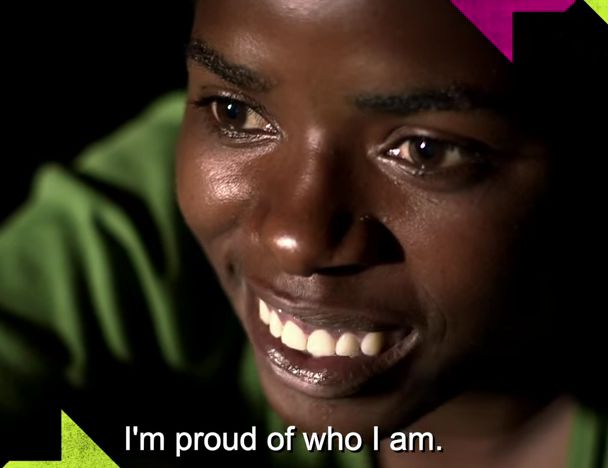 Rwanda’s Powerful, Gentle Voice of Change
“I love music because it soothes me. I play my…