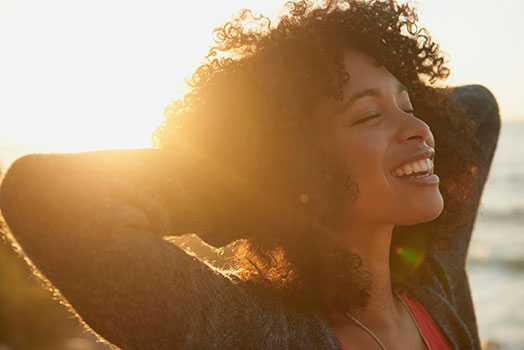 “When you’re on a mission of peace, your commitment to nonviolence is tested daily. So every day, you’re called to recommit to who you are, to keep your heart open and to stand your ground as a peacemaker.” – Alice Walker

From the deck of the “Freedom Flotilla” destined for the Gaza Strip, to standing on the frontlines of healing America’s own violent history, author and activist Alice Walker has been a voice for peace for nearly 40 years … In an enlightening conversation with The Shift Network, she shares secrets to being passionately committed to healing our troubled world through peace and an open heart.

7 KEY STEPS to being a LOVE Activist

“Peace is not just the cessation of war. It’s also the act of embracing JOY. To have peace is to be fully awake and vibrantly alive!”

1. Look into the eyes of those you come into contact with.

2. Smile when you’re on the street and be aware of feelings of defensiveness and fear.

Once you begin to practice being fully present in this way, you can see how much sadness and pain there is in the world.

You’ll become less concerned about your own stuff and available to the present moment, so you can bring more joy and peace to others.

Atiyyah’s involvement in the project was initiated through her enthusiasm for human rights and peace around the world and which centres directly around the struggle of Palestinian women in particular. Atiyyah is a member of the Palestine Solidarity Alliance youth league and is involved in digital activism as well. Her logo was selected on the base of clarity and *-representation of the core message of the WBG.

Gaza has been under Israeli blockade for the past decade during which Israel has also launched countless attacks against the besieged population, turning their life into a nightmare and a continuous struggle. Through Freedom Flotillas and other naval missions we have brought international attention to their suffering and their resistance.

The Women’s Boat to Gaza (WBG) seeks not only to challenge the Israeli blockade but to also show solidarity and bring a message of hope to the Palestinian people, with the support of women, men, non-governmental organizations, civil society groups and from women’s collectives and events around the world.

By launching a women’s boat, women from all over the world aim to highlight the undeniable contributions of Palestinian women who have been central within the Palestinian struggle in Gaza, the West Bank, inside the Green Line and in the diaspora, and their indomitable spirit.

KEY FACTS ABOUT THE BLOCKADE:

In June 2007, following the takeover of Gaza by Hamas, Israel imposed a land, sea and air blockade on the Gaza Strip.

PS – To hear from other visionaries, leaders, activists, artists and agents for change, check out The Shift Network’s African American Wisdom Summit and discover pathways  to peace, and to collective healing and a thriving world!

4GGL thanks the Shift Network for this story…

We include it as an Action story in our special Valentine’s Issue, because it’s all about LOVE!