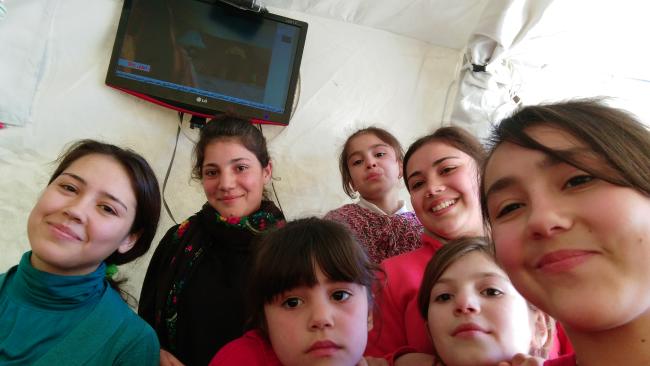 This month, our featured SELFIES come from Syrian refugees
who are fleeing the violence of ISIS.

Two Italian photojournalists Romano Cagnoni and Patricia Franceschetti help us tell the stories of young Syrian refugees, living in camps throughout Turkey and Jordan. They provided these refugees with a number of smartphones, asking them to take a “Selfie,” believing:

The SELFIE is a ‘way for refugees to reaffirm their existence, their identity, their personality.’


We honor these young women and send them our prayers for peace. 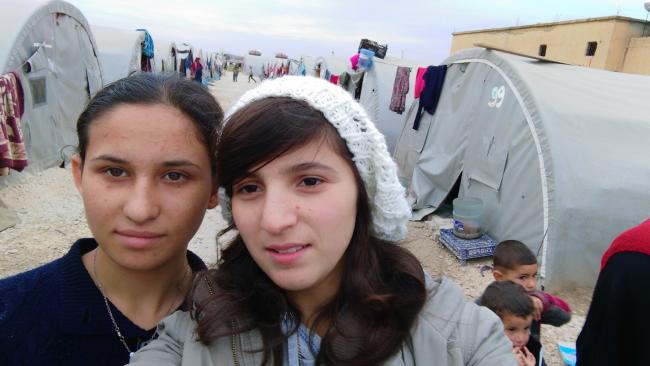 “We first met Jiala in a refugee camp in Suruc — she told us she was going back to Kobane the next day,” say Romano and Patricia. “She escaped six months ago, when IS attacked the city. She saw some of her friends killed and she says, had she had a gun, she would have gone to fight with the Peshmerga. She didn’t want to leave, but when they got to the border, they were loaded into trucks and brought to a refugee camp in Suruc, Turkey. Her father stayed behind, to fight IS.” 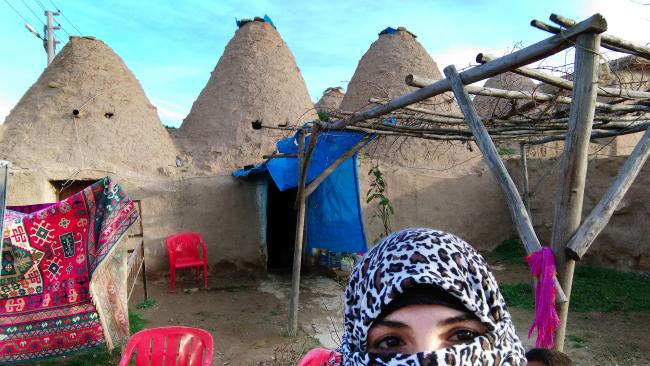 Meryem ran away one year ago with her husband and three children. They live in a beehive house, in Harran, southern Turkey. Conditions are harsh, no full-time electricity, no heating, no running water. She saw her hometown of Homs, Syria, on television and it was completely destroyed. She fears for her old father and mother who have stayed behind. ‘When will all this madness end?’ she asks, but nobody has an answer. 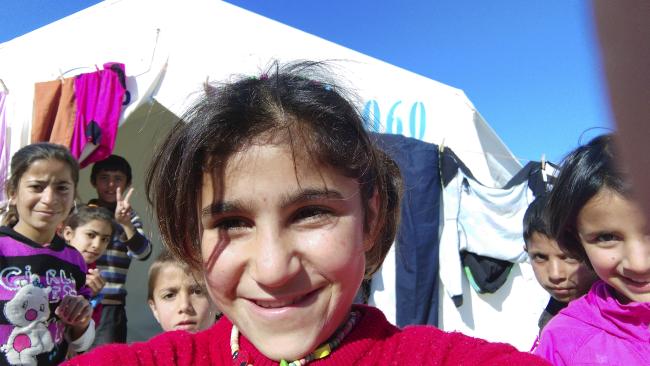 Like many of the children who witness war, she has nightmares about it. She can’t forget seeing IS arriving into town, all dressed in black with covered faces and only their eyes visible. They killed her neighbors, and also her sister was wounded in one arm. In the simple but clear view of a child, Sidra says she can’t understand the fury of the IS, how they can declare themselves Muslims and kill other Muslims. 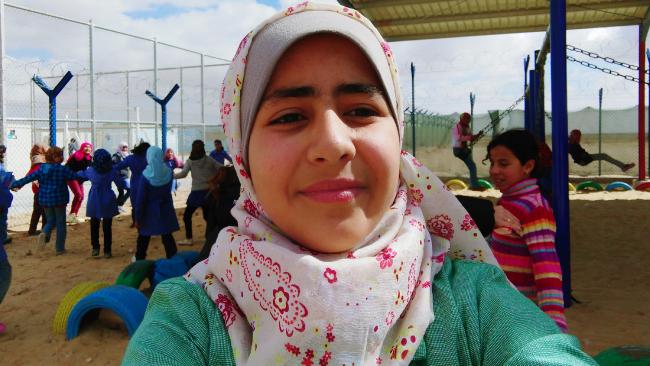 Omeima came from Damascus with her family. When shelling started in the area they were living, her mother took the decision to leave, her father was not there, he had been arrested. They took few things, some toys for her smaller brother. On TV Omeima had seen a refugee camp with green grass and beautiful tents, she thought she was going there, but arriving at Za’atari, she remained disappointed.

She was also very sick with hepatitis. While she was recovering, Nur, a teacher from Save the Children, came often to visit her and told her about the one minutes junior workshop. She took part making a video titled, ‘The end of childhood’. This was her view about arriving at the camp as a refugee and the end of her innocence. She now has another idea about a video in which many girls of her age gather to plan the return to Syria and its reconstruction. She already has and idea about the title, “I am a girl and I have a dream”.

“Girls are more interested in education,
and only education is a winning tool.”

Thank you News Online from Australia and the World to for these photos and stories!

Former engineering student Nesrin Ismail, 19, with her family: Chian, 15, Nalin, 17, Larin, eight, Meyede, 16, Yara, 11, Stervan, seven. The four sisters and two cousins are from Kobane and have been refugees in Suruc for the last six months. You can read more about their story here >