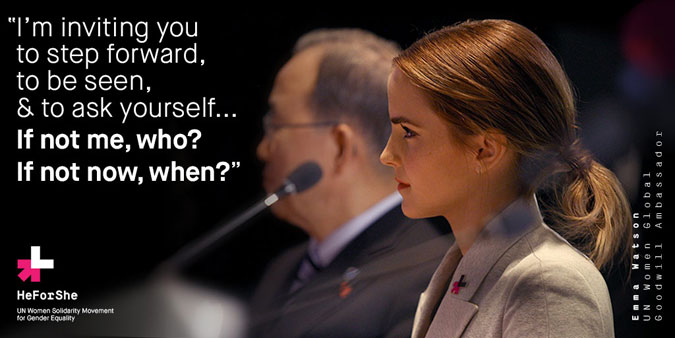 It’s a solidarity movement for men and boys to become advocates for gender equality.

In September 2014 at the United Nations, UN Women Goodwill Ambassador Emma Watson called out to men and boys to join HeForShe, because gender equality is also a men’s issue. HeForShe is a solidarity movement for gender equality to: 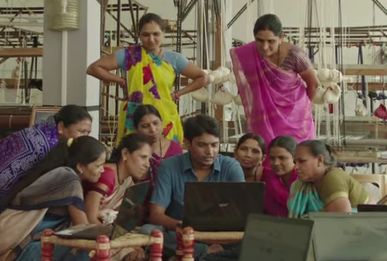 BONUS: Here’s a link to the transcript of Emma’s speech! 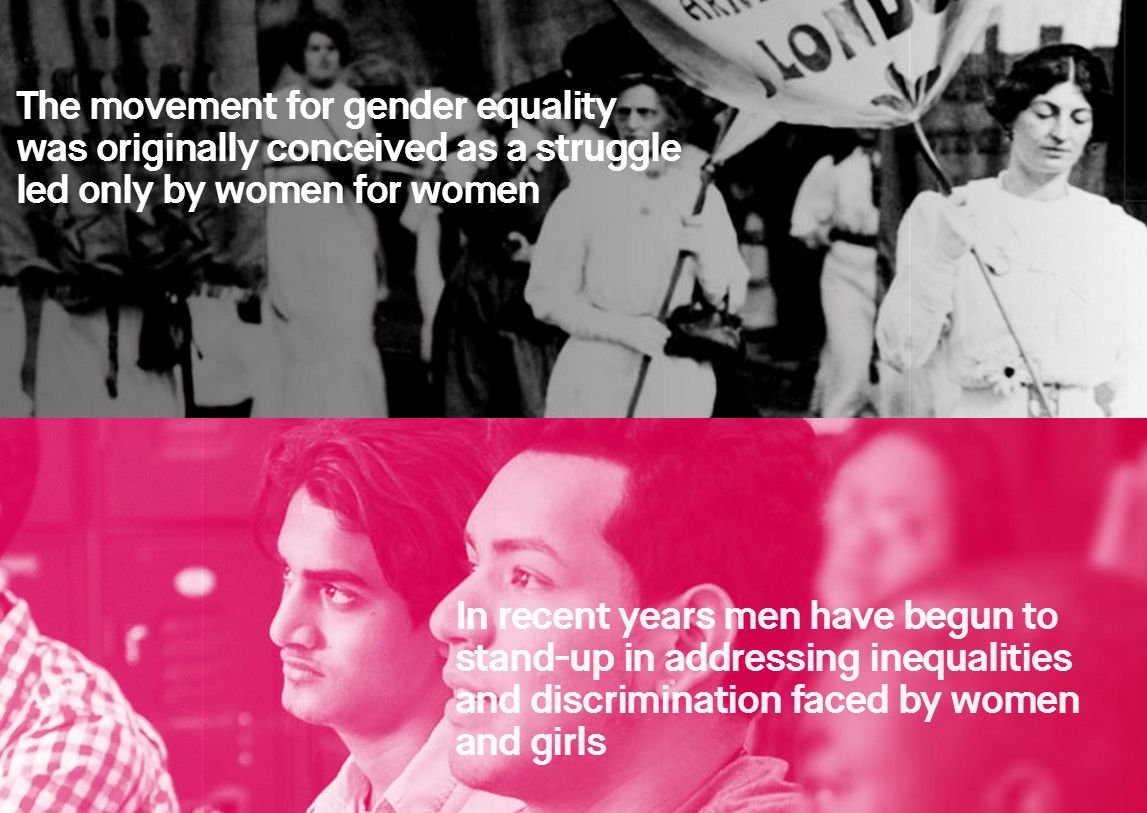 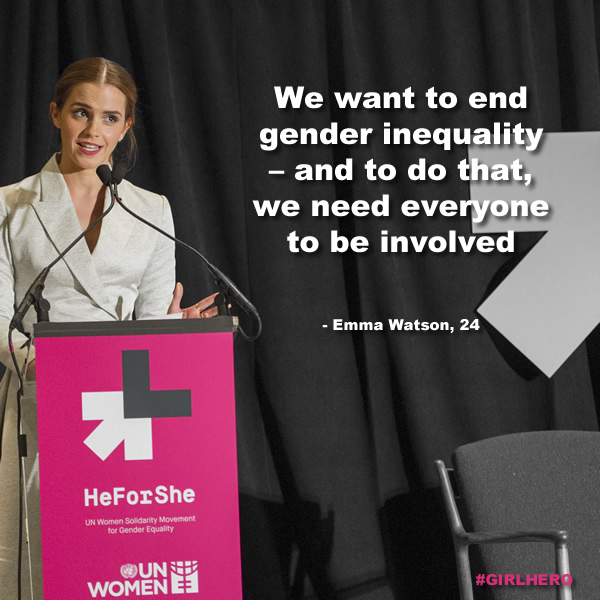 In a blog post after the presentation, the UN Women’s Executive Director commented on the campaign:

“HeForShe is about freedom. It is about being free to make decisions
and access education, justice, health and resources equally.”

“HeForShe is a movement for every man, everywhere.
It comes at a time where inaction is simply not an option. 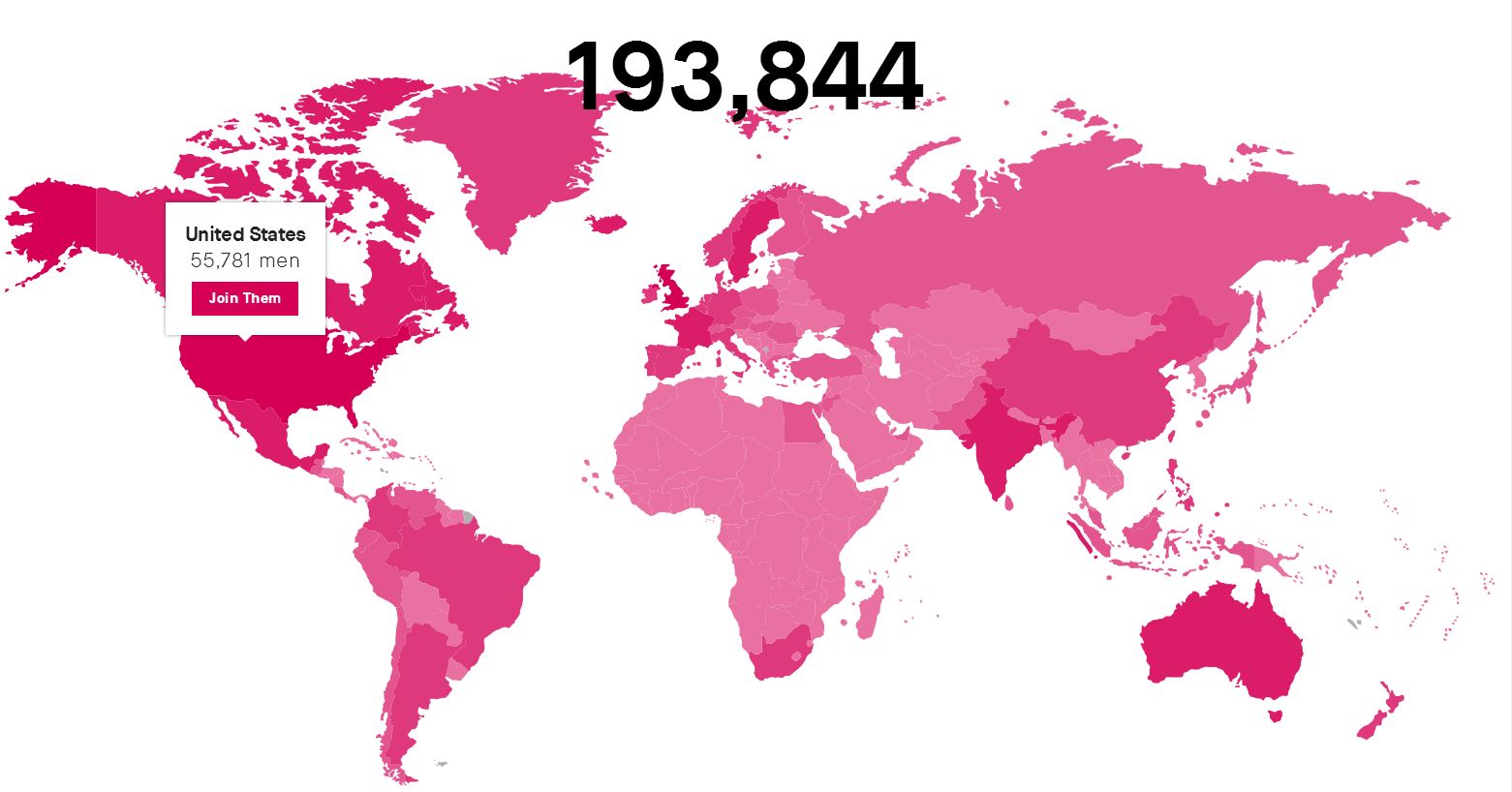 Encourage all the men in your life to Join the HeForShe movement
and spread the word using #HeForShe.

So much press was generated after Emma’s speech!
One excerpt is below published by The Guardian:

“To all those who were inspired by Watson’s speech, men and women alike, I would like to say welcome to the conversation. We’re thrilled to have you on board. As a first step, you’re invited to listen to, and learn from, the scores of inspiring activists who make up the feminist movement. I’m sure that before long you will have lots of ideas about how you can make your pledge to “take action against all forms of violence and discrimination faced by women and girls” a tangible reality.”

4GGL thanks UN Women for bringing this story to our attention.

UN Women is the UN organization dedicated to gender equality and the empowerment of women. A global champion for women and girls, it was established to accelerate progress on meeting their needs worldwide.   . [/symple_column][symple_column size=”one-fourth” position=”last” fade_in=”false”]