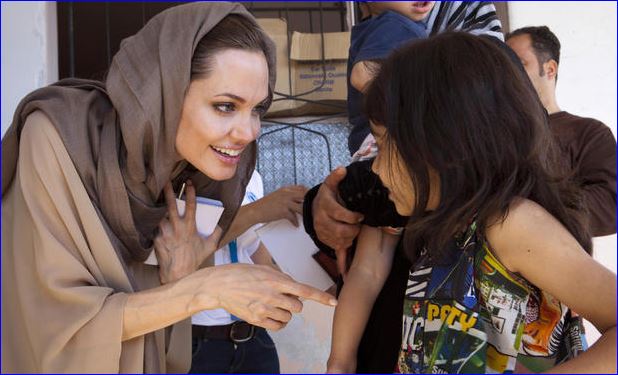 Angelina Jolie is an American actress, filmmaker, and humanitarian. 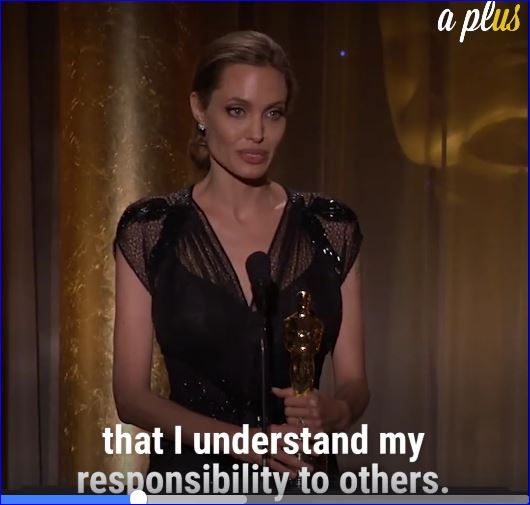 Angelina Jolie On Your Responsibility To Others

She has received an Academy Award, two Screen Actors Guild Awards, and three Golden Globe Awards, and has been cited as Hollywood’s highest-paid actress. She is ALSO a director and producer. She produced The Breadwinner, which earned an Oscar nomination for Best Animated Feature.

Angelina Jolie is also a humanitarian. She became a Goodwill Ambassador in 2001. In 2012 she was appointed the Special Envoy to the United Nations High Commissioner for Refugees. Jolie published Notes from My Travels, a collection of journal entries that chronicle her early field missions (2001-2002) with proceeds benefitting UNHCR.

“I will do the best I can
with this life to be of use.”
– Angelina Jolie 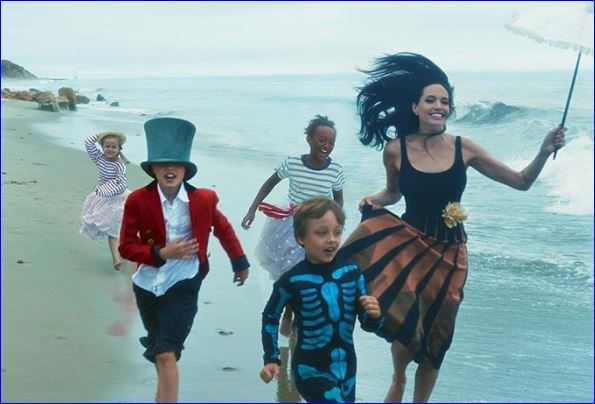 “The only way to feel that I’m on the right path is just to be true to myself, whatever that may be, and that tends to come with stepping out of something that’s maybe safe or traditional.” 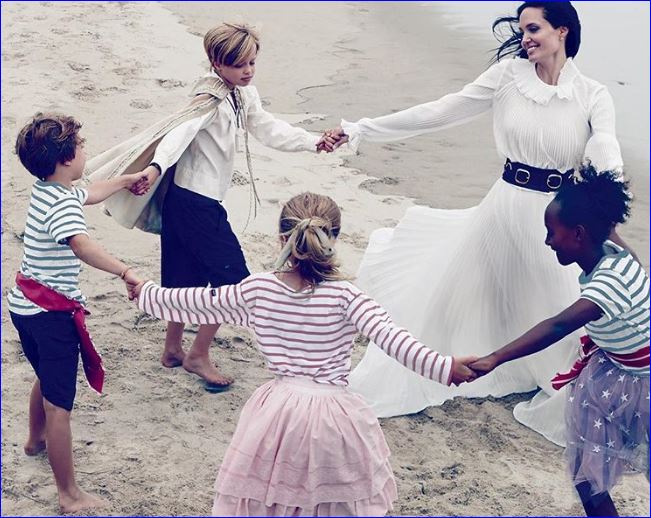 Jolie spoke to former US Secretary of State, John Kerry for Elle magazine’s March issue, she revealed the one advice she has for her daughters.

“I tell my daughters, ‘What sets you apart is what you are willing to do for others.”

“Anyone can put on a dress and makeup.
It’s your mind that will define you.
Find out who you are, what you think, and what you stand for.
And fight for others to have those same freedoms.
A life of service is worth living.” – Angelina Jolie 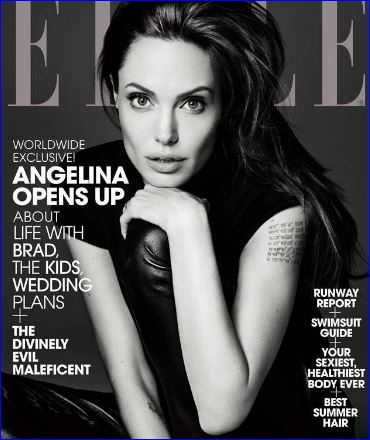 “A life where you don’t live to your full potential, or you don’t experiment, or you’re afraid, or you hesitate, or there are things you know you should do but you just don’t get around to them, is a life that I’d be miserable living.”

And so, at age 26, she became a Goodwill Ambassador for the United Nations High Commissioner for Refugees.

Over the next decade, she went on over 40 field missions, meeting with people in over 30 countries.

After years of dedicated service to UNHCR and the cause of refugees, Angelina Jolie was appointed Special Envoy in April 2012. 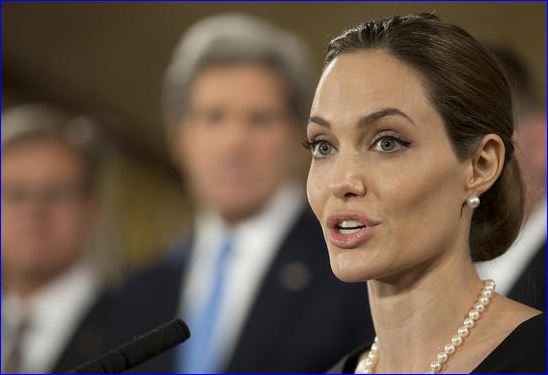 Actress Angelina Jolie, in her role as UN envoy, talks during a news conference regarding sexual violence against women in conflict, during the G-8 foreign ministers meeting in London on April, 11, 2013.

Angelina Jolie appeals to world leaders on behalf of women and girls everywhere. 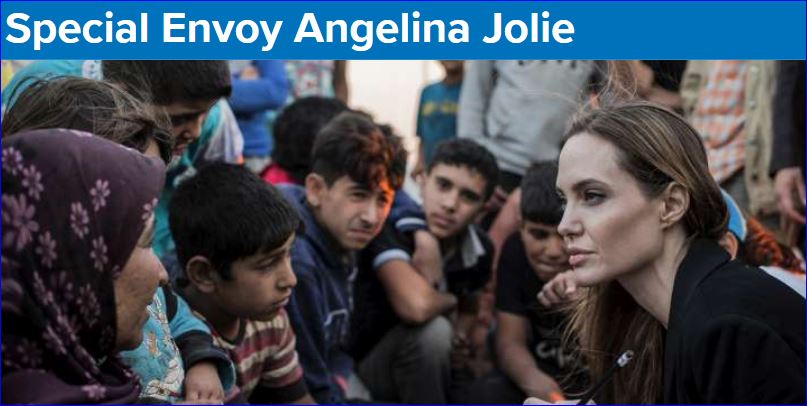 In her expanded role, Jolie focuses on major crises that result in mass poulation displacements, undertaking advocacy and representing UNHCR and the High Commissioner at the diplomatic level. She also engages with decision-makers on global displacement issues.

Through this work, she has helped contribute to the vital process of finding solutions for people forced to flee their homes.

Read about the Special Envoy’s work

Hear Angelina talk about women’s rights
and learn about her focus on education in this special 4GGL e-zine story: 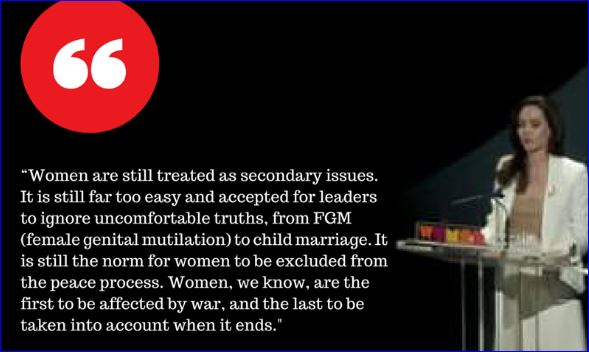 With the support of UK Foreign Secretary William Hague, Jolie has opened the Centre on Women, Peace and Security at the London School of Economics, in their new Institute of Global Affairs. Europe’s first academic centre to combat the brutality faced by women in warzones has been opened in London by Angelina Jolie, who called for “the empowerment of women to be the highest priority for the finest minds, in the best academic institutions”.

4GGL thanks Hindustan Times for these images. 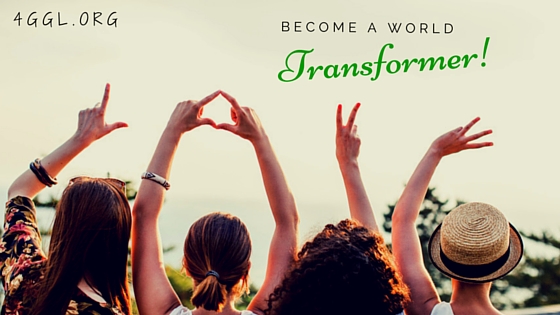 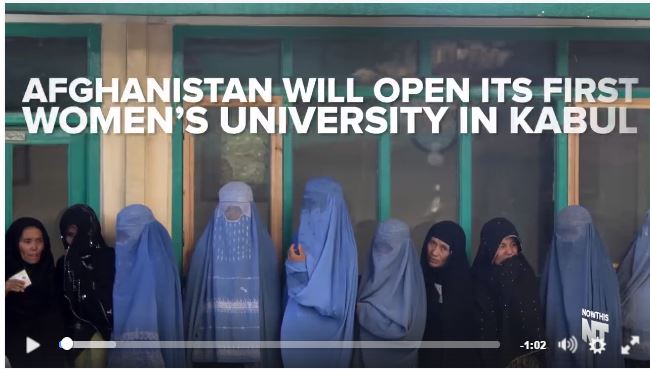