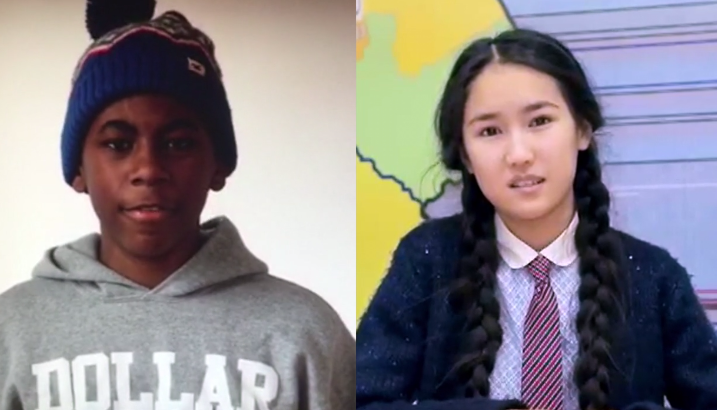 What happens when kids around the world talk to each other?
They learn they aren’t alone.

Teenagers on both sides of the world ask each other:

The documentary is about an amazing bunch of kids who live in Philadelphia, Pennsylvania, and are blessed with having an awesome mentor who wants to connect them with the world. Sannii Crespina-Flores runs the Do Remember Me Project, which helps kids from Philadelphia, New York, Tanzania, Nigeria, Uganda, Kenya, Paris, and Kazakhstan connect with each other and discover that their worlds are not as different as one might think.

4GGL thanks Upworthy for bringing this amazing story to our attention.

Upworthy is social media with a mission. It draws massive amounts of attention to things that matter. Upworthy shares stories with its  community, and they share it on to their friends and families = engaging a total of about 50 MILLION people each month on some of society’s most important topics. What do they find meaningful?  Well, a lot, including: ensuring that women are seen as full human beings, poking holes in the belief that a small percentage of the world should own all the things, and making sure the Earth is around to see the next century.