Some women won’t be found in history books.
Don’t let them be forgotten.

Meet Rori, a cartoonist and freelance illustrator, and her “100 Days, 100 Women” project that was inspired by Shirley Chisholm’s forgotten place in history as the the first African-American woman elected to Congress in U.S. history.

“100 Days, 100 Women” is dedicated to shining a light on powerful women from history who don’t get the recognition they deserve — through comics. 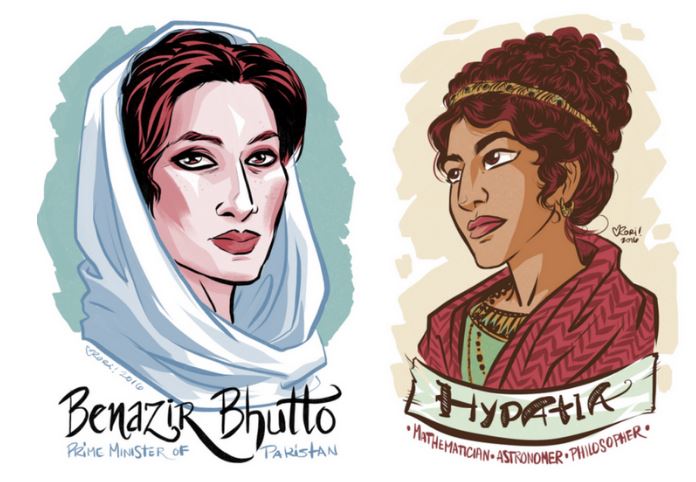 “People do great things and history forgets them. Maybe their story is seen as a sidenote, or doesn’t fit smoothly into the narrative.” – Rori

She’s right too. For the longest time, recorded history revolved around men — or at least that’s the way it’s been portrayed in books that were, almost certainly by no coincidence, written by men. Quietly, though, women have been leaving their mark on the world, and it’s time they got their due.

That’s where Rori comes in.

The project is Rori’s way of giving back to young girls
who are searching for their own role models. 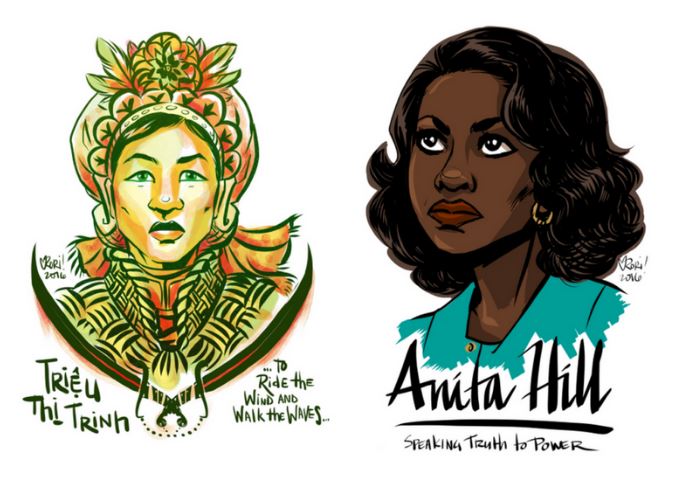 Growing up, Rori was drawn to the stories that make up our forgotten history. Sure, there have been powerful female role models to look up to, but Rori felt as though there simply weren’t enough who were visible and well-known. With this spark of curiosity and purpose, she set off on learning about some of the women time forgot.

“The more I found figures that truly resonated with me, the more confident and inspired I felt!” she wrote.